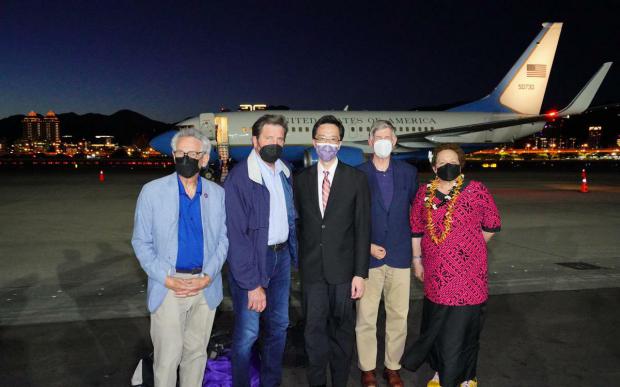 The group's US Air Force plane landed on Sunday evening at Songshan Airport in Taipei for the unannounced trip. The delegation is expected to stay through Monday. It's unclear if this latest Congressional visit was backed by the White House - an important question given the prior Biden administration internal controversy and disagreement over Pelosi's visit. Previously the White House said that Congress members are free to "make their own decisions" regarding Taiwan visits.

The other members of the delegation in addition to Markey include Republican Rep. Aumua Amata Coleman Radewagen, a delegate from American Samoa, and Democratic House members John Garamendi and Alan Lowenthal - both of California, as well as Rep. Don Beyer of Virginia.

Despite last week the Chinese PLA's Eastern Theater Command announcing that it had ended the live fire drills that were a response to Pelosi's visit, Beijing vowed stepped up patrols - and has effectively erased the median line of the Taiwan Strait with frequent ship and aerial breaches. According to Taiwan's defense ministry on Sunday, at least 10 Chinese planes crossed the median line on Sunday, with a dozen more aircraft and ships being spotted in the area.

Biden Keeps Pledging Direct US War With China Over Taiwan