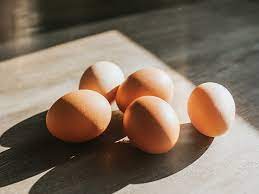 Our standard of living is being systematically destroyed, and more Americans are falling out of the middle class with each passing day.  The government just announced that in July the consumer price index was 8.5 percent higher than it was the previous July.  Of course many have challenged the value of the inflation numbers that the government is giving us because the way inflation is calculated has been changed many times over the years.  As John Williams of shadowstats.com has pointed out, if the rate of inflation was still calculated the way that it was back in 1980 it would be far higher than anything that we experienced during the Jimmy Carter era of the 1970s.  You can spin that any way that you want, but it is still a raging national crisis.

Yes, energy prices in the U.S. have fallen a bit, and many Americans are very thankful for that.

This reprieve won't last indefinitely, and so don't celebrate too much.

Meanwhile, food costs continue to spiral out of control…

"The food index increased 10.9 percent over the last year, the largest 12-month increase since the period ending May 1979," BLS said.

Some grocery store items have seen prices rise even faster, though.

"The food at home index rose 13.1 percent over the last 12 months, the largest 12-month increase since the period ending March 1979," BLS said. "The index for other food at home rose 15.8 percent and the index for cereals and bakery products increased 15.0 percent over the year. The remaining major grocery store food groups posted increases ranging from 9.3 percent (fruits and vegetables) to 14.9 percent (dairy and related products)."

With A 'Double Whammy' Hitting The System And The Market Going Down, Down Down, --

Hemp boom is over: Oversupply of hemp causes huge losses for farmers

Redfin: House sales decline in Sun Belt as buyers back out due to hefty prices

Surprise! Another Month = Another Failed Attempt at QT

"You Will Rent Nothing And You Will Be Happy":

THE U.S. CENTRAL BANK DIGITAL CURRENCY NARRATIVE IS A FANTASY

Hurricane Ian To Unleash Up To $70 Billion In Losses, Insurance Market Devastation And--