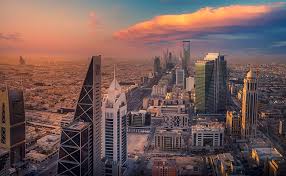 Is this strategic geopolitical pressure from Saudi leader Mohamed Bin Salman (MbS) ahead of the meeting with Biden; or is this a genuine possibility that looms as likely?  If the former, then Joe Biden is being geopolitically slow roasted by Saudi Arabia for his previous disparagements and ideological hypocrisy in his visit.  If it is the latter, well, then the tectonic plates of international trade, banking and economics are about to shift directly under our American feet.

We have been closely monitoring the signs of a global cleaving around the energy sector taking place.  Essentially, western governments' following the "Build Back Better" climate change agenda which stops using coal, oil and gas to power their economic engine, while the rest of the growing economic world continues using the more efficient and traditional forms of energy to power their economies.

This article from Newsweek is exactly about this dynamic with Saudi Arabia now potentially joining the BRICS team.

NEWSWEEK – Finland and Sweden's green light to join NATO is set to bring about the U.S.-led Western military alliance's largest expansion in decades. Meanwhile, the G7, consisting of NATO states and fellow U.S. ally Japan, has adopted a tougher line against Russia and China.

In the East, however, security and economy-focused blocs led by Beijing and Moscow are looking to take on new members of their own, including Iran and Saudi Arabia, two influential Middle Eastern rivals whose interest in shoring up cooperation on this new front could have a significant impact on global geopolitical balance.

A Third Quarter of Negative GDP is Now Highly Likely