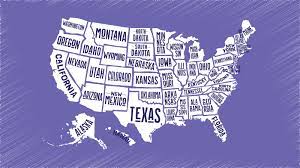 That's an important issue. It may be, however, that the Dobbs decision's effect on political decentralization in the United States is a far bigger deal.

After all, the ruling isn't so much about abortion as it is about the federal government's role in abortion. State governments are free to make abortion 100 percent legal within their own borders. Some states have already done so. The court's ruling limits only the federal government's prerogatives over abortion law, and this has the potential to lead to many other limitations on federal power as well. In this way, Dobbs is a victory for those seeking to limit federal power.

The decentralization is all to the good, and there's nothing novel about it. Historically, state laws in the US have varied broadly on a variety of topics from alcohol consumption to divorce. This was also true of abortion before Roe v. Wade.

Moreover, decentralizing abortion policy in this way actually works to defuse national conflict. This is becoming even more important as cultural divides in the United States are clearly accelerating and become more entrenched. Rather than fight with increasing alarm and aggression over who controls the federal government—and thus who imposes the winner's preferences on everyone else—people in different states will have more choices in choosing whether to live under proabortion or antiabortion regimes. In other words, decentralization forces policymakers to behave as they should in a confederation of states: they must tolerate people doing things differently across state lines.  This will be essential in avoiding disaster, and laissez-faire liberals (i.e., "classical liberals") have long supported decentralization as a key in avoiding dangerous political conflicts. Ludwig von Mises, for example, supported decentralization because, as he put it, it "is the only feasible and effective way of preventing revolutions and civil ... wars."