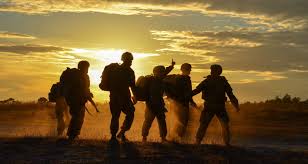 That's how bad things are looking for the rest of 2022 and 2023, according to Armstrong's "Socrates" program that foresees future geopolitical and economic trends and events.  Let's start with war that is already underway with Russia.  Armstrong says, "They wanted war.  It's all been provoked, and it's intentional. . ."

Armstrong points out, "Ukraine President Zelensky already has hundreds of millions of dollars stashed off-shore.  He's been offered a golden parachute, and he's willing to fight until the last Ukrainian dies on the battlefield.  This is nothing more than a proxy war between the United States and Russia, and they know that.  Russia knows Ukraine is not the enemy.  It is the United States."

How close are we to all-out war with the U.S. directly involved against Russia?  Armstrong says, "I can tell you I have a friend whose brother is in the U.S. military here, and they have already been told to prepare for war.  The U.S. is shipping more troops over to Europe.  They are not shipping troops to Ukraine, but to NATO countries.  They want war."

So, are higher energy prices coming?  Armstrong says, "They need to get gas prices to $10 a gallon so people will drive less, and that way they can get their electric cars.  This is the insanity of what is going on in Washington."

Netherlands to SHUT DOWN 11,200 farms to meet climate goals

The Global Elites Are Normalizing Pedophilia