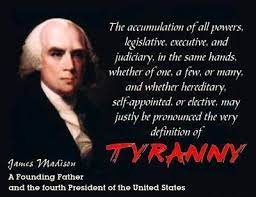 Imagine that in this very same country, you're watched all the time, and if you look even a little bit suspicious, the police stop and frisk you or pull you over to search you on the off chance you're doing something illegal.

Keep in mind that if you have a firearm of any kind (or anything that resembled a firearm) while in this country, it may get you arrested and, in some circumstances, shot by police.

If you're thinking this sounds like America today, you wouldn't be far wrong.

However, the scenario described above took place more than 200 years ago, when American colonists suffered under Great Britain's version of an early police state. It was only when the colonists finally got fed up with being silenced, censored, searched, frisked, threatened, and arrested that they finally revolted against the tyrant's fetters.

No document better states their grievances than the Declaration of Independence, drafted by Thomas Jefferson.

A document seething with outrage over a government which had betrayed its citizens, the Declaration of Independence was signed on July 4, 1776, by 56 men who laid everything on the line, pledged it all—"our Lives, our Fortunes, and our sacred Honor"—because they believed in a radical idea: that all people are created to be free.

Brian Stelter Out At CNN

Pandemic Lies Infect the UN and the US

Notified! Letters Have Been Sent to Education and Health Officials in All 50 States -

Live - My Subscribers are Confusing the Algorithm! LOL + Q&A

What the Colorado River's record lows mean for western US