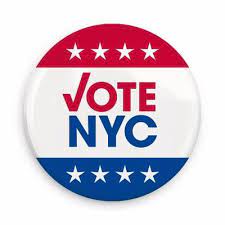 Last week's primary voting in New York City was a complete debacle - as the city's Board of Elections botched everything from polling locations opening late because of 'lost keys,' to missing equipment, to unannounced relocations of voting sites, to a lack of Republican ballots across at least three Big Apple election sites.

"We showed up to the poll site in Brooklyn, we showed up at 5 a.m. … and there was no key," Spencer Mestel, a freelance writer, told the New York Post on Tuesday afternoon, adding that he saw poll workers turn away an elderly woman with a walker because they couldn't get in.

"The police officer on site didn't have a key, the Board of Elections didn't give [the site coordinator] a key, I watched her call the Board of Election multiple times … [but] no one helped us," added the journalist who has served as a NYC election worker for the past decade.

The building was eventually unlocked at 7:30 a.m. by the building's superintendent - more than 90 minutes after voters should have been able to start casting ballots.

Meanwhile, the Board of Elections failed to deliver equipment to one south Brooklyn location.

And at PS 22 in Crown Heights, New Yorkers weren't able to vote before work, because of a "technical emergency!" according to a photo shared on Twitter by activist and writer Stephen Lurie. -NY Post