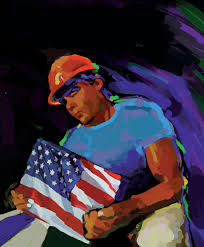 In a piece of news that shocked the mainstream media, but which shocked no one familiar with the academic industry writ large, retired U.S. Army general John Allen was forced to resign as president of the Brookings Institution after it was revealed the FBI was investigating him for lobbying on behalf of the Qatari monarchy.

Of course, the real news, scarcely noted by The Washington Post, New York Times, or any other purported paper of record, is that Allen was only really in trouble because he hadn't fulfilled the pro forma legal requirements for those lobbying the U.S. government on behalf of a foreign agent or government.

The Foreign Agents Registration Act (FARA), under which such activities are regulated, includes several exceptions that allow for such activities without declaring a conflict of interest. Think tanks, a misnomer if ever there was one, operate under an "academic exception" that allows for engagement in "bona fide religious, scholastic, academic, or scientific pursuits or the fine arts."

Anyone who has ever picked up one of the many deadly dull social science journals where actual, bona fide empirical academic work is done knows this constitutes perhaps a fraction of what think tanks almost daily churn out.

Rather think tank commentary, touted as objective analysis, is regularly featured or cited by publications and outlets as apparently diverse as The Wall Street Journal and NPR.

We are divided and racing to a conflict that we can't solve ourselves. Politicians are clueless.

Dr. Mercola: Patrick Wood On The Pressing Dangers Of Technocracy