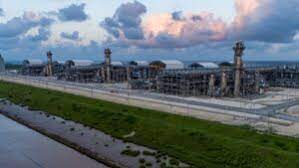 "Continued operation of Freeport's LNG export facility without corrective measures may pose an integrity risk to public safety, property or the environment," PHMSA said in its preliminary report, after a problem with a safety valve led to an 18-inch stainless steel pipe to overpressurize and burst. This released LNG and methane, leading to the blast.

It laid out a series of steps for investigating what caused a 300-foot (91-m) section of pipe to burst and release about 120,000 cubic feet of LNG.

The root cause analysis likely will delay a partial restart of the plant for 90 to 120 days, and could delay a full restart, analysts said.

Closely-held Freeport said it will continue working with PHMSA and other regulatory bodies to obtain necessary approvals to restart operations. It estimated resumption of partial liquefaction operations to be in early October and a return to full production by year-end. -Reuters