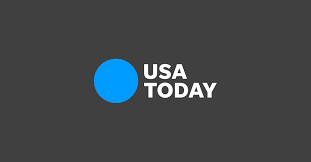 Fallon caterwauled that I had "authored pieces in various places criticizing [Holder] on civil liberties, relations with law enforcement, civil asset forfeiture and media subpoenas. In the past, Bovard even has articulated a conspiracy theory involving Mr. Holder and the incident at Waco in the 1990s." (Waco was only "the incident… in the 1990s"? No wonder Fallon loathed me.) Fallon groused, "I don't understand why USA Today would provide a platform on repeated occasions for his Holder bashing."

Mastio never flinched. He replied,  "As an opinion section, much of what we publish is written by writers with agendas…Just as our door is open to writers who want to say nasty things about the attorney general, our door is wide open to the attorney general when he wants to write about the top issues of the day."  Mastio also declared, "The guarantor of balance in the opinion section is that we are open to a wide variety of views."

The Incongruities of Our Time Are Mind-Boggling

Live - Where are My Subscribers? Things changed! + Q&A

WEF Wants to Use AI to Automate Censorship of "Disinformation"