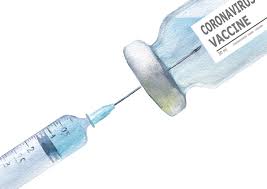 As the corrupt medical system will not acknowledge this truth, courageous doctors who the system is desperate to destroy are developing treatment protocols that work. Ivermectin, the Covid cure that was officially banned in order to make way for billions of dollars of "vaccine" profits, has turned out to be successful also for the treatment of vaccine injury.

Americans need to comprehend that Big Pharma, medical officialdom, and alleged "public health agencies" NIH, CDC, FDA, which in fact are corrupt marketing agents for Big Pharma, comprise a massive threat to public health. Additionally, Big Pharma and its "research" grants together with the private health insurers are gradually eliminating private medical practice, forcing doctors into the role of employees who must follow protocols developed by Big Pharma and its agents or be fired. Increasingly medical doctors are employees of "health care" organizations motivated solely by profit. These doctors have lost their independence, and this lost independence is the reason so many people were gratuitously murdered and injured by the mRNA vaccines.

The fact of the matter is that Americans can have no trust in their health care system or in the "public" agencies responsible for regulating it. The health system is completely captured by Big Pharma.

Corona-Warn-App: Vaccination status will be recognizable by color

NBA Champion Says He Regrets Getting the Shot;

SHOCKING: This CAN'T Be Happening!

'There's no reason for these shots': CDC's case for vax mandates crumbles