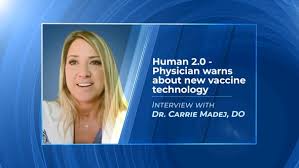 The incident occurred on Sunday in Meriwether County, Ga., according to local news reports. The Federal Aviation Administration (FAA) is still investigating the situation, but we know that there was some kind of engine trouble that resulted in the plane having to land in a field just north of Roosevelt Memorial Airport in Warm Springs.

"According to Michael Watson, the chairman for the Meriwether County Airport Authority, the flight was on the way from St. Petersburg, Florida, near Tampa, to Newnan-Coweta County Airport when it experienced an engine issue as the plane started its descent. The flight was diverted south to Warm Springs, but crashed. Flight tracking website Flight Aware shows the path of the flight before the crash.

The FAA is said to be working with the National Transportation Safety Board to determine what went wrong that resulted in this disturbing incident. Neither agency will provide any specifics about the investigation, nor would they publicly reveal the condition of the two on board.

We know, however, from Sons of Liberty Media that Dr. Madej suffered multiple fractures while her boyfriend suffered a broken back and a fractured skull. Tim Brown knows Dr. Madej directly and confirmed her current condition.

Alex Jones Trial - You Need To Know This

Rent Is Becoming A Crisis In The U.S.

The Frogs Will Boil Themselves

It's Game-Over For The Fed - Expect A Monetary "Rug Pull" Soon...

What I learned from Justin Rhodes and Joel Salatin

The Truth about RV Solar and Lithium Batteries

"The Decline And Fall Of The Western Empire"

Georgia Ballot Mule CAUGHT On Camera Stuffing A Box With Dozens Of Ballots!