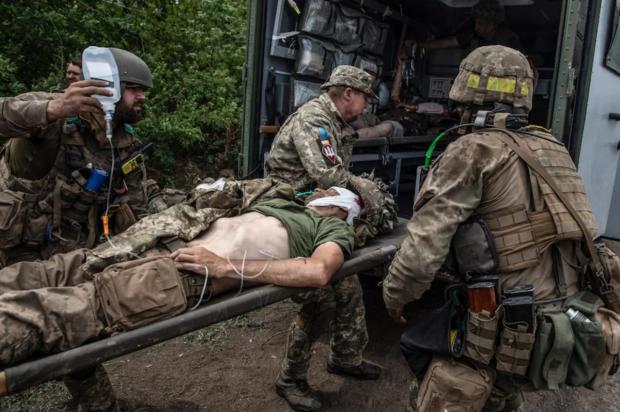 The mercenaries come from different countries. The Russians report that there will be developments in the coming hours as "their countries of origin are quite interesting" meaning that they are Americans, British, French, etc.

Let's not forget what exactly the New York Times revealed about the involvement of NATO commandos in Ukraine.

Chaotic scenes are recorded in the Lisichansk region . Units of the Ukrainian Army are desperately trying to break the suffocating siege of Russian forces and escape from the city to Seversk.

Ukrainians count more than 1,000 dead in battles inside and outside the city of Lisichansk. The "Right Sector" has heavy losses while many are also prisoners.

Features are the videos you will see. Ukrainian forces try to escape from Lisichansk and shoot videos. Then they fall into an ambush and a battle with Russian paratroopers ensues.

Why Are Russian Spy Planes Probing Close to Alaskan Airspace?

China to send troops to Russia for 'Vostok' exercise

Reinventing Reality on All Things Russia and Ukraine

Are Russian/US Relations Ruptured Beyond Repair?

Brian Stelter Out At CNN