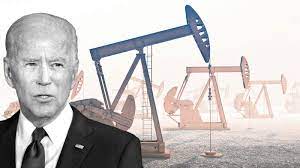 There is certainly enough evidence to suggest that the establishment benefits to a degree from prices skyrocketing, but they also face massive risks if the crisis unfolds too quickly.

A stagflation event is like an avalanche, it's going to come rushing down the mountain and there's no slowing it once it gets moving.  Such a crisis can be deliberately created through central bank fiat money printing and hiking interest rates into economic weakness, but are the banks and politicians so foolish as to believe they can control its path of destruction once it starts?

Oil and gas inflation are a boon for certain global groups and certain ideologies, this is a fact.  The number of media celebrities, politicians and corporate journalists pushing a Green New Deal agenda in the wake of rising prices tells us everything we need to know.  Inflation is a crisis of opportunity, a way to force Americans and much of the world to accept green energy initiatives and carbon controls that they NEVER would have accepted before.

Hey, if gasoline continues to climb into the $7 - $10 range then the majority of people will not be able to afford it beyond the bare essentials of a work commute and going to the grocery store.  So, why not just embrace carbon taxation schemes against a commodity that you barely use anyway?

His and the far leftest policy's did this. Everyone seems to blame Biden like he did it alone. But during the primary's there was little to no difference in what each candidate said they would do. Add the extreme far leftists from the squad, the back to the cave mentality of the green movements and of course the socialists running all the collages is why we are here with about 5$ gas prices and destroying the nation....