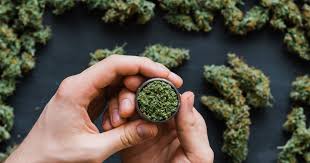 Since California became the first state to legalize medical marijuana in 1996, every couple of years, another state or two are added to the list (there were five in 2016). It is inevitable that the medical use of marijuana will eventually be legal in all 50 states.

According to a recent study published in Frontiers in Pain Research in May of 2022 ("The Effectiveness and Safety of Medical Cannabis for Treating Cancer Related Symptoms in Oncology Patients"):

Most outcome measures improved significantly during MC treatment for most patients.