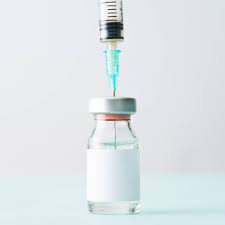 This form of bioweapon could very well mark the end of the human race – or perhaps just certain races.

Filippa Lentzos and Guy Reeves recently wrote about the self-spreading vaccines for the Bulletin of the Atomic Scientists.

"A small, but growing number of scientists think it's possible to exploit the self-propagating properties of viruses and use them to spread immunity instead of disease. Can we beat viruses like the SARS-CoV-2, the [Wuhan coronavirus], at their own game?" they wrote. "For at least 20 years, scientists have been experimenting with such self-spreading vaccines, work that continues to this day, and which has gained the attention of the U.S. military." (Related: Self-spreading vaccines being developed right now could put society at grave risk of an uncontrolled, endless plague.)

As Lentzos and Reeves noted, self-spreading vaccines are essentially "genetically engineered viruses" that can easily spread through populations in the same way as other infectious diseases. But if engineered according to their actual parameters, these viruses will confer protection rather than cause disease.

"Built on the chassis of a benign virus, the vaccines have genetic material from a pathogen added to them that stimulates the creation of antibodies or white blood cells in 'infected' hosts."

Lentzos and Reeves pointed out that once the self-spreading vaccines are released, scientists developing them will no longer be in control of them or the virus that the vaccines were supposedly created to combat.

"It could mutate, as viruses naturally do. It may jump species. It will cross borders," wrote Lentzos and Reeves. "There will be unexpected outcomes and unintended consequences. There always are."

Furthermore, Mike Adams, the Health Ranger, warned that the technology used to create self-replicating vaccines could easily be repurposed to develop biological weapons – and there is already historical precedent for this.