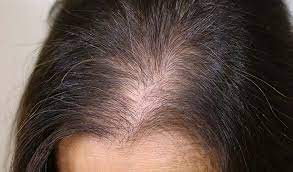 It is the first approved treatment for alopecia areata, an autoimmune disorder that affects about 7 million people in the United States. The often-disfiguring disease, in which the body's immune system attacks hair follicles, is marked by patchy or complete loss of scalp hair and sometimes eyebrows, eyelashes, facial hair, and body hair.

Dr. Brett King, an associate professor of dermatology at Yale Medical School, worked with the pharmaceutical company Eli Lilly and Company to conduct a series of clinical trials with the new medicine, a once-daily pill which goes by the product name Olumiant.

In the trials, Olumiant helped one in three patients with severe alopecia areata regrow their hair—almost half of the patients had no scalp hair at the start of the trials—resulting in 80% or more scalp coverage. Improvements were also achieved for patients with significant eyebrow or eyelash hair loss.

"Until now, there have been no FDA-approved treatments for alopecia areata," King explained, "and the medicines that have been used in the past to treat severe cases of alopecia areata are largely ineffective. There is, however, lots of data to show that a relatively new class of medicines called JAK inhibitors work for the treatment of severe alopecia areata. Patient access to these medicines is extremely limited, though, because JAK inhibitors were not FDA-approved for this purpose. FDA approval will bring greater access, via insurance coverage, to patients."

Ron Paul and the New US Supreme Court Decision Restraining Prosecution of Doctors...