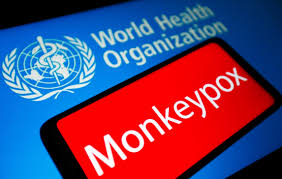 There are now 2500 moneypox cases diagnosed in the current outbreak, in over 40 countries, and not a single death that anyone can point to, outside of Africa. Maybe ever. One moneypox death is said to have occurred this year in Nigeria, a country of 206 million people, but without any confirmatory details.  I think the authorities have been desperate to locate a death.

Only CDC can confirm a case, which means CDC has the ability to decide how many US cases there are.

Canada offered vaccine to high risk men who have sex with men last week, and the UK is doing so now, as reported by the AP on June 21. On June 22, the criteria for vaccinating have already expanded, per today's Stat:

Yesterday, British authorities recommended taking their monkeypox-fighting tactics one step further: Instead of offering vaccines only to close contacts of those diagnosed with the virus, they suggested broadening the eligibility to anyone at increased risk of exposure. The criteria would be similar to those for pre-exposure prophylaxis against HIV, and might include, for instance, men who have sex with men and who have several partners.

COVID-19 Exposed the Truth About the CDC