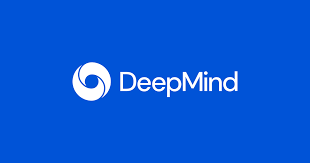 The agent, which Deepmind refer to as Gato, works as a multi-modal, multi-task, multi-embodiment generalist policy. The same network with the same weights can play Atari, caption images, chat, stack blocks with a real robot arm and much more, deciding based on its context whether to output text, joint torques, button presses, or other tokens. In this report Deepmind describe the model and the data, and document the current capabilities of Gato.

A generalist agent. Gato can sense and act with different embodiments across a wide range of environments using a single neural network with the same set of weights. Gato was trained on 604 distinct tasks with varying modalities, observations and action specifications.

Transformer sequence models are effective as multi-task multi-embodiment policies, including for real-world text, vision and robotics tasks. They show promise as well in few-shot out-of-distribution task learning. In the future, such models could be used as a default starting point via prompting or fine-tuning to learn new behaviors, rather than training from scratch.

Given scaling law trends, the performance across all tasks including dialogue will increase with scale in parameters, data and compute. Better hardware and network architectures will allow training bigger models while maintaining real-time robot control capability. By scaling up and iterating on this same basic approach, Deepmind can build a useful general-purpose agent.