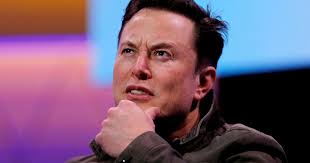 Approaching Martinez as he dined outside at a New York City restaurant, O'Keefe informed the Twitter employee he'd been caught on camera saying some derogatory things.

"That's not true," Martinez responded when O'Keefe told him he mocked Elon Musk for being "special needs."

It's noteworthy that Martinez was fully aware of who O'Keefe is because in the undercover footage, he mentioned Project Veritas as "some group that's just trying to out the employees," adding, "Like, they're trying to go on dates with them, like this, and record them."

The Twitter executive told O'Keefe it "is a little inappropriate" that he approached him while he was having dinner and the Veritas head asked, "Is it appropriate to mock special needs people?"

As Martinez hid inside the restaurant, an employee and the business owner both chatted with O'Keefe and voiced their support for Musk's Twitter takeover.

A Bloomberg Opinion columnist named Robert George walked by as O'Keefe filmed and was told about the Twitter executive fleeing from being interviewed.

When the Project Veritas crew went inside the restaurant to try and talk with Martinez, a group of liberals eating at a nearby table lost their minds over the mere sight of James O'Keefe.