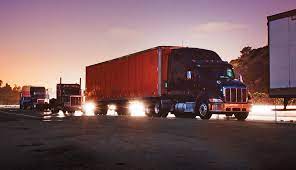 Under the circumstances, it wouldn't be surprising if some of the 350,000 registered owner-operator drivers seek the protection of company driving, or lease their independent services to a fleet, the latter of which 44% of members of the Owner-Operator Independent Drivers Association (OOIDA) already do. "It's not happening yet, but it's coming," said William "Lewie" Pugh, an OOIDA executive vice president who worked as a leased owner-operator for 24 years, said of free-agent independent drivers either leaving the business or deciding to change the way they operate.

For owner-operators, the fat city of the past two years has lost some weight. As of this past Monday, on-highway diesel pump prices were at $5.61 a gallon nationwide, according to weekly data from the Energy Information Administration (EIA). That was down a penny a gallon from the prior week, but still at near record levels. Diesel prices in the New England and mid-Atlantic regions, which are experiencing acute shortages of diesel, continued their climb. Prices in New England hit $6.43 a gallon, according to EIA data. Prices in the mid-Atlantic were reported at $6.38 a gallon. (EIA next updates its tables late on Monday.)

G7 Set To Impose "Price Caps" On Russian Oil; Unclear What This Actually Does

President Biden Asks The Saudis To Bail Him Out

Buyers Scramble To Lock In Long Term LNG Contracts In 2022

A Warning About The Coming Shortages Of Diesel Fuel, Diesel Exhaust Fluid And Diesel Engine Oil