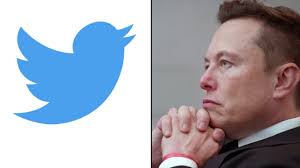 Tim Draper, an early investor in Tesla and SpaceX who co-founded a venture capital firm that's sinking $100 million into Musk's Twitter bid, was asked Monday whether he thought Musk would successfully close the deal.

"I think so," Draper responded. "But I think he's going to get a better deal because he found out that, whatever, two-thirds [of users] are bots or something."

While Twitter officially accepted a $44 billion offer from Musk in April, the Tesla CEO has since pumped the brakes on his takeover bid over alleged concerns related to fake accounts and spam. Musk had offered $54.20 a share but the stock was trading at around $37 on Monday.

On Friday, Musk said the deal was "temporarily on hold pending details supporting calculation that spam/fake accounts do indeed represent less than 5% of users" — before insisting hours later that he was "still committed" to the buyout.

Then on Monday, Twitter CEO Parag Agrawal posted a thread about steps the company is taking to measure and take down bots. Musk then responded with a smiling poop emoji.

Some analysts have speculated that Musk is using the spam issue as a negotiating tactic, while others say he's gotten cold feet and is looking for a way to get out of the deal altogether.