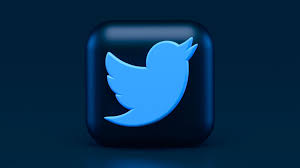 It's not  a profit making business, so much as a university club with salaries for people who may only work 4 hours a week and brag about being "left left left" and as "commie as f**k". If they need days off, they just don't turn up to work. Sometimes they take months off. "Mental health is everything".

No wonder Twitter employees hate Musk and are stress eating —  They have jobs where they get paid to take a month off, and no one cares how efficient they are, or what their sales figures or expenses were. Nice work if you can get it.

Which begs the pointed question of who is paying for all this?

If Twitter isn't there to make money, who is pouring the dollars in, and is the political censorship the whole point? And if that's the case, and it sure looks like it is, TWTR is a listed trading stock and the words fraud and fiduciary duty seem apropos. If Twitter really is a communist megaphone, not a business, Elon Musk is exposing it, even if he doesn't buy it. He's pulling the capitalist-legal strings and if it's an investment facade, it will unravel.

Project Veritas has a video of Twitter Senior Engineer, Siru Murugesan, explaining the work culture unwittingly to a hidden camera.

"Everyone gets to do what they want, no one really cares about OPEX (operating expenses), like capitalists [do], …they care about our health, In Twitter, mental health is everything. … Like if you are not feeling it, you can take a few days off. People have taken months off, — they will come back. But you always like, do your best at any time."

But Elon is already getting to Siru and he surprisingly even admits it:

Elon makes some good points sometimes. I am slowly starting to buy his side a little bit.

Buyers Scramble To Lock In Long Term LNG Contracts In 2022