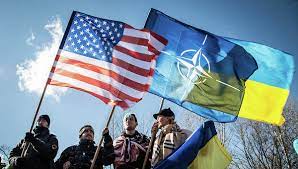 It is of  relevance to an understanding of recent events.

What is happening in Ukraine has serious geopolitical implications and could potentially lead to a World War III scenario.

It is important that a peace process be initiated with a view to preventing escalation.

Global Research does not support Russia's invasion of Ukraine.

This was my assessment in the immediate wake of the EuroMaidan Coup in February 2014:

"The World is at a dangerous crossroads: The structures and composition of this proxy government installed by the West do not favor dialogue with the Russian government and military.

A scenario of military escalation leading to confrontation of Russia and NATO is a distinct possibility. The Ukraine's National Security and National Defense Committee (RNBOU) which is controlled by Neo-Nazis plays a central role in military affairs.  In the confrontation with Moscow, decisions taken by the RNBOU headed by Neo-Nazi Parubiy and his brown Shirt deputy Dmytro Yarosh –in consultation with Washington and Brussels– could potentially have devastating consequences. (March  6, 2014)

We are dealing with a coalition government (integrated by two neo-Nazi parties) which is supported by "Western democracy" and the "international community".