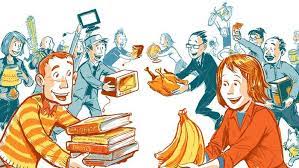 When I was young there was a TV show called 'Name That Tune', where panellists would compete to see how few notes they could name a tune in: I was recently told the same idea has been relaunched as an app. Looking at the key notes struck recently, can you 'name that tune'?

Many were sure it was "transitory inflation", but even Jeff Bezos is Tweeting the White House wanted to spend trillions more dollars than they have been able to, in which case inflation would be even higher than it is now. There is broad agreement that Friday's dead-cat-bounce in markets in no way captures the real mood music. As such, some now think the tune is "more new normal", as Fed Chair Powell talks about 50bp hikes in both June and July, while not ruling out a possible recession, suggesting rates will have to come back down again.

Both those hikes and a recession are likely the right notes. However, many tunes start the same, but then diverge sharply. Are we really going to see rate hikes and then rate cuts? Arguably, the music now playing is more sinister – but as a result, many are trying to avoid naming what the tune actually is.

Think of Scandinavian Black Metal as Finland and Sweden officially announce bids for NATO membership, overturning decades and centuries of neutrality, respectively; as Ukraine wins the Eurovision Song Contest, showing the tune the EU public is singing, and President Zelenskiy floats hosting it in demolished and occupied Mariupol; and as France and Germany come last, an EU-wide rejection of their continuous bids to harmonize with Russia.

BRICS+ and the Global South: Emerging Leaders of a Multipolar World? Pepe Escobar

Russia Humbles Experts Who Forgot the Economy Is Global

UK Economy Getting Crushed A Price "Worth Paying" For Freedom In Ukraine: Johnson