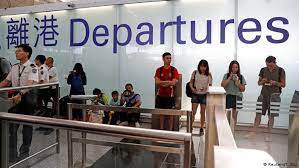 Hong Kong saw a net outflow of 65,295 and 66,334 residents in February and March respectively, according to the city's official immigration data. The trend will remain strong, as a new poll revealed that nearly 80 percent of Hong Kong residents surveyed were interested in emigrating.

The top three reasons for the consideration were for a better living environment (51 percent), to seek better education for their children (29 percent), and to obtain multiple foreign residence status and nationality (27 percent).

In addition, more than 40 percent of the respondents prefer investment emigration because it is simpler and more direct.

Bartra regional director Jeffrey Ling said the company received about 500 immigration enquiries in the first quarter of this year. In the past, 80 percent of successful immigration cases were professionals with stable income; and many high-income families in Hong Kong had the intention of emigrating. He believes that with the slowdown of the epidemic in Hong Kong and the cancellation of entrepreneur visas in the United Kingdom, it is expected that the number of applications to immigrate to Ireland this year will increase.

Lin said that with the immigration policy of the UK looking uncertain, and its complicated tax system, he expected some of his Hong Kong customers to consider immigrating to Ireland instead of the UK or Taiwan.

African Youth Favor China's Development Policy Over that of the U.S.