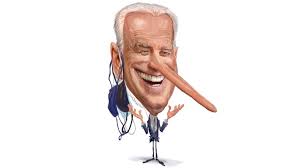 One political figure who weighed in was Donald Trump Jr., who recently campaigned with successful Republican Senate primary candidate J.D. Vance in Ohio.

"Looks like Joe is doing a great job of making inflation his top priority," he wrote in a tweet.

The Cook Inlet oil and gas lease would have covered 1.09 million acres in the Cook Inlet, a body of water connecting Anchorage with the Gulf of Alaska.

A spokesperson for the Department of the Interior told The Epoch Times the Cook Inlet sale was canceled due to a "lack of industry interest in the area."

"I'm not sure that's completely accurate," Kara Moriarty, president and CEO of the Alaska Oil and Gas Association (AOGA), told The Epoch Times.

"A lot of times, companies don't want to tip their hand about participating in lease sales. The only time you really know if there's interest or not is when you have the lease sale."

"As the former Natural Resources Commissioner for Alaska, I know there is no way they could have confirmed 'no interest' until they held the lease sale," said Sen. Dan Sullivan (R-Alaska), who said the Biden administration was "blatantly lying to the American people."