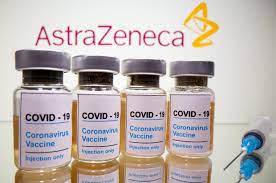 The incident occurred last March as the mom, lawyer Louise Atkinson, blacked out while giving 9-month-old Eleanor a bath at their home in Dorset.

Atkinson's husband James reportedly arrived home to find the bathroom door was blocked by his fainted wife's body, then entered the lavatory to find Eleanor blue and face down in about three inches of water.

"Mr Atkinson picked her out of the water and woke his wife by grabbing hold of her. He then laid Ellie on the bathroom floor where he began CPR while calling 999 on speakerphone," the Daily Mail reports.

"Mr Atkinson, a business manager, carried on the resuscitation attempts until the emergency services arrived six minutes later at their £500,000 home in Christchurch, Dorset."

While the baby was flown by helicopter to Southampton General Hospital in Hampshire, efforts to revive her were unsuccessful and she was pronounced dead four hours later.

The family discussed the tragic day during an inquest into the death, where the distraught mother said she'd been stressing out over making arrangements for Eleanor's upcoming heart surgery.

The Snake-Venom Connection to Covid-19