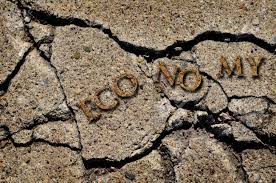 Kentucky Republican Senator Rand Paul blocked the fast-tracking of a massive $40 billion Ukraine aid package through the Senate on Thursday.

Paul objected to the move by Senate Majority Leader Chuck Schumer (D-NY), with the consent of Minority Leader Mitch McConnell (R-KY), to pass the bill via unanimous consent. After Paul's objection, the bill now needs to go through a number of procedural moves, but is still expected to pass sometime next week.

"We cannot save Ukraine by dooming the U.S. economy," the Republican senator added, referencing the steep increases in gas, food, and used vehicles faced by Americans. "Inflation doesn't just come out of nowhere, it comes from deficit spending."

Paul said that it seemed like Congress was "intent" on "adding" to the pain Americans were experiencing economically "by shoveling more money out the door as fast as they can."

"If this gift to Ukraine passes, our total aid to Ukraine will almost equal the entire military budget of Russia. And it's not as if we have that money lying around, we will have to borrow that money from China to send it to Ukraine," Paul stated.

He also claimed that the money being authorized to Ukraine was more than that spent in the first year of the Afghanistan war, collected yearly by the government in gas taxes, spent on cancer research, and the budgets for the Department of Homeland Security.

Where Is the $56 Billion 'to Ukraine' Actually Going?

Where Is the $56 Billion 'to Ukraine' Actually Going?

The Mother Of All Collapses Has Begun