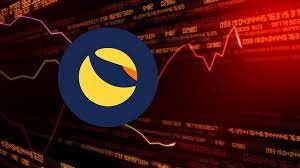 Luna plunged to $0 Friday, according to data from CoinGecko, marking a stunning collapse for a cryptocurrency that at one point was worth more than $100.

The demise of controversial stablecoin venture Terra has resulted in a meltdown in the crypto market, which erased billions of dollars in value in a single day.

TerraUSD or UST, is supposed to be pegged one-to-one with the U.S. dollar. UST has however lost its peg and on Friday was trading at around 12 cents, according to data from CoinGecko.

Bitcoin staged a rebound on Friday, jumping above $30,000 despite the ongoing woes of stablecoin TerraUSD which has caused panic in the crypto market. Investors likely took some comfort from news that tether, the world's biggest stablecoin, had regained its dollar peg after declining below $1 for several hours.

The world's largest cryptocurrency bitcoin was last trading at around $30,046.85, according to Coin Metrics data, up 5.3% after it dropped to levels not seen since late 2020 earlier this week.

However, the digital currency is still down more than 15% for the week.

What is UST?
UST and luna are linked. UST is dubbed an algorithmic stablecoin meaning its $1 peg is supposed to be governed by underlying code. That is fundamentally different to other stablecoins like tether and USDC which are backed by real-world assets such as bonds. UST has no real-world reserves.

Now That Terra Luna is Dead, It's Objectively Over For Crypto

Coinbase Customers Sue Over Stablecoin That's 'Anything But'