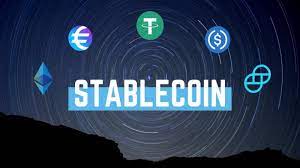 The digital asset trading platform and the issuer of the GYEN token were accused of misleading investors about its stability, leading to millions of dollars in losses, according to a proposed class-action complaint filed Thursday in federal court in northern California.

"Investors placed orders believing the coin's value was, as advertised, equal to the yen, but the tokens they were purchasing were worth up to seven times more than the yen," according to the complaint. "Just as suddenly, the GYEN's value plunged back to the peg -- falling 80 percent in one day."

Coinbase then froze trading of the coin, which "compounded the harm by restricting many customers' ability to sell the asset," the investors alleged. As a result, purchasers of GYEN "collectively lost untold millions in a matter of hours," they claimed.

The lawsuit came a day after Coinbase shares and bonds plunged to new lows, signaling investor skepticism about the prospects of the crypto exchange in a worsening bear market. Coinbase shares were rebounding Friday, up 17% to $68.48 at 10:28 a.m. in New York, as the crypto market calmed somewhat in morning trading.

Unlike with Bitcoin, stablecoin issuers say their tokens are backed by hard assets. GYEN, which was issued by Tokyo-based GMO-Z.com Trust Co., purportedly had its value pegged to Japan's yen.

Now That Terra Luna is Dead, It's Objectively Over For Crypto