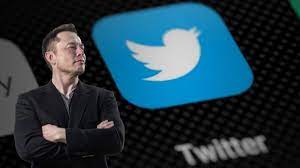 Musk tweeted early Friday that he wanted to pinpoint the number of spam and fake accounts on the social media platform. He has been vocal about his desire to clean up Twitter's problem with "spam bots" that mimic real people, and he appeared to question whether Twitter was underreporting them.

But the company has disclosed in regulatory filings that its bot estimates might be low for at least two years, leading some analysts to believe that Musk could be raising the issue as a reason to back out of the purchase.

On Friday, Musk subsequently tweeted that he's "still committed to acquisition." Neither Twitter nor Musk responded Friday to requests for comment. Musk has conducted a long flirtation with Twitter that culminated in an April deal to acquire the social platform.

The problem of fake accounts on Twitter is not a secret.

In its quarterly filing with the U.S. Securities and Exchange Commission, Twitter itself expressed doubts that its count of bot accounts was correct, conceding that the estimate may be low. "In making this determination, we applied significant judgment, so our estimation of false or spam accounts may not accurately represent the actual number of such accounts, and the actual number of false or spam accounts could be higher than we have estimated," the filing says.

Elon Musk quips that 'whoever thought owning the libs would be cheap never tried...'

"I Tried To Warn You"

AP Suggests Elon Musk Is A Hypocrite For Supporting Free Speech But Using It...