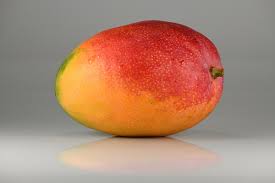 New York Mayor Eric Adams held a press conference today in which he defended the New York Police Department (NYPD) decision to handcuff, detain, and strip search a criminal who has been contributing to the city's culture of lawlessness and urban decay. Her name is Maria Falcon, and she's guilty of bringing her mango cart to a Brooklyn subway platform.

On April 29, Falcon was approached by police, cuffed, and led away to the NYPD Transit District 33 station where officers had her remove her clothes so they could search for weapons and drugs. She was held there for two hours before cops ultimately cited her for the violation of unauthorized commercial activity. They also confiscated all of her products. "I felt very scared and very fearful," she told AM New York.

But, according to Adams, it's the people of New York that should be afraid of her and her ilk—the fruit sellers, the barbecuers, the big, bad George Foreman grillers.

Yet, contra Adams' remarks, this is not a story about the perils of mom and pop vendors selling products people want on the subway and what dangerous descent it might lead to. Falcon wasn't cited because her business is inherently illegal. She was cited because she does not have a business license—something that many small entrepreneurs like herself cannot afford or obtain. The $500 permits are capped, meaning the thousands of people not fortunate enough to receive one are forced to shutter their livelihoods, operate illegally, or attempt to raise the money to lease one from a lucky license recipient at exorbitant rates, an infeasible ask for many.