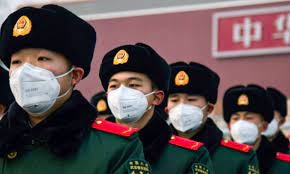 Paul Symon, director-general of the Australian Security Intelligence Service (ASIS)—the country's equivalent to the U.S. Central Intelligence Agency—revealed that the organisation benefited when authoritarian regimes are suppressing dissent within their borders.

"When leaders abolish fixed political terms, for example, they become responsible and accountable for everything, including the disillusion that emerges from within. This provides us with an edge," he told the Lowy Institute in Sydney on the 70th anniversary of the agency's founding.

"We noticed that in closed societies, top officials will always reinforce leaders' biases and assumptions. That after all, is the safest career path for them, speaking truth to power is an enduring strength of our system," he said in reference to democratic system.

Symon then said he believed more and more officials "unhappy with the trajectory of closed societies" would start speaking out or "take risks" to do so.

The spy chief said that while he was travelling in India he would reflect on the "diversity in the colour of the ancient culture which is India" and yet, in China, authorities have enforced a "monoculture."

"We don't yet know exactly how that will play out, but what we're seeing is more and more signs of officials and individuals interested in a relationship," he said referring to the increasing number of people who are seeking to have a relationship with ASIS.

Holding Hands On The Precipice