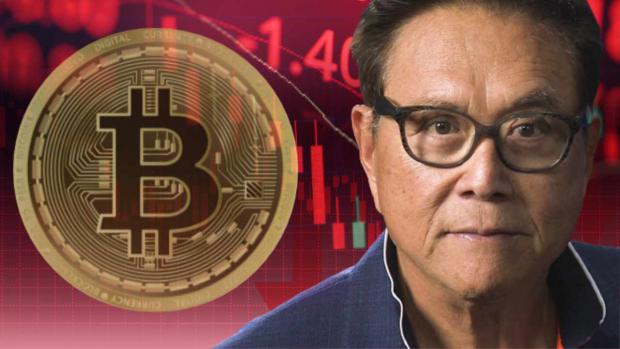 The famous author of the best-selling book Rich Dad Poor Dad, Robert Kiyosaki, believes bitcoin could crash to $17K. However, he also believes the cryptocurrency "will win" because America is led by the three stooges. He has been recommending bitcoin to investors alongside gold and silver.

Kiyosaki Thinks Bitcoin Could Test the Bottom at $17K

The author of Rich Dad Poor Dad, Robert Kiyosaki, has shared his latest price expectation and future outlook for bitcoin. Rich Dad Poor Dad is a 1997 book co-authored by Kiyosaki and Sharon Lechter. It has been on the New York Times Best Seller List for over six years. More than 32 million copies of the book have been sold in over 51 languages across more than 109 countries.

Kiyosaki tweeted Thursday that bitcoin is crashing and he is waiting for the price of the cryptocurrency to fall to the $20K level. He explained that he will then wait for BTC to test the bottom, which might be at $17K, before he starts buying. "Crashes are the best times to get rich," he advised.

How The Qualities Of Bitcoin Baffle Nocoiners