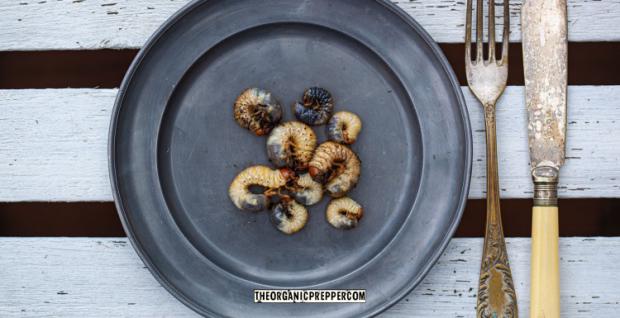 [Originally published May 15, 2013] Have you ever read about a survival scenario where a kidnapping victim, a forgotten prisoner, or lost hiker was forced to choke down insects in order to survive? Did it sound repulsive? Demeaning? Even sub-human?

According to an article about the U.N. report , "Fight World Hunger by Eating Bugs, Urges the U.N.", that appeared on Time.com, the UN is:

…asking us to consider how underutilized insects are as potential food for livestock, or the ways insect consumption could benefit the environment. The original report notes that insects' feed conversion rate is fairly high (we'd get more for less, in other words), they could be raised on "organic side-streams" like human/animal waste, they emit fewer greenhouse gases and ammonia than animals like cattle and pigs, and they need much less water than the latter."

If you needed more evidence that the "elite" and those in charge at the UN think of the rest of us as somewhat lesser beings, this is it. Do you think that Bill and Melinda Gates will be sending their housekeeper to the market to pick up a basket of fresh caterpillars for dinner? Will baked beetles be on the menu at the Rothschild estate? Will the Obama children have bug salad sandwiches in their lunch boxes when they go to school?

The UN's Food and Agriculture Organization touts another environmental benefit of "farming" insects – they eat poop.

Aside from their nutritional value, farming insects could considerably benefit the environment. According to the FAO, insects emit fewer greenhouse gases and need less land or water than cattle when farmed.

As cold-blooded creatures they are "very efficient" in converting feed to protein, needing 12 times less feed than cattle in order to produce the same amount. They also feed on human and animal waste, and can transform this into protein. (source)

What Is Your Plan To Make It Through The Worst Global Food Crisis In Any Of Our Lifetimes?