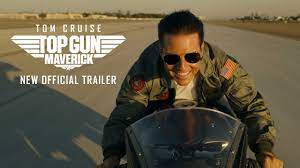 "Maverick" picks up 35 years after we last saw Tom Cruise as ace flyer Pete Mitchell. His pal, Goose, played by Anthony Edwards, of course, is dead. His other pal, "Iceman," in the form of Val Kilmer, is now the Admiral who's been protecting Maverick all these years when other, less tolerant Navy brass (Jon Hamm, Ed Harris) would like to kick him to the curb.

But now they need Maverick to train some young bucks for a new mission: an provoked attack on an unnamed country's cache of weapons. We never learn what country it is, and you must suspend disbelief here. If this happened in real life, the US would be starting World War III. But this is a fantasy where logic doesn't matter as much guts and heroism. For a couple of hours, why not?

The new kids are either literal or poetic descendants of the old ones. Goose's son, "Rooster," has a chip on his shoulder and is ready to fight Maverick. That's Miles Teller, giving it his all. Glen Powell is the wide grinning cocky "Hangman," who thinks he's the best flyer ever and has persuaded others to believe it, too.

C.S. Lewis' That Hideous Strength: A Tale of Transhumanism, the Occult… & Merlin?!

Top Gun: Maverick - The HIDDEN Truth THAT NOBODY'S TALKING ABOUT!!!!"

RIGGED HOUSING MARKET CRASH! - Great Reset Agenda To OWN YOU! - Get Prepared!

The Abortion Issue Is Simple: Babies Are People And Murdering People Is Wrong

Payments Company Mastercard Wants to be a Digital ID Provider