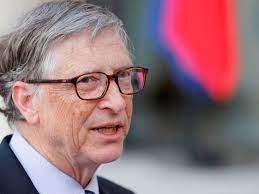 Bill Gates warned of "even more fatal" COVID variants in the future and advocated for $1 billion in funding for the World Health Organization (WHO) to implement international health surveillance to prevent the next pandemic. Gates' suggests the establishment of a Global Epidemic Response and Mobilization (GERM) team to monitor disease, declare an outbreak, work with national governments and the World Bank to raise money for the response, and coordinate responses such as mask mandates and border closures. GERM would work with product development experts to advise governments on drugs and vaccines. Gates further recommends that GERM work alongside public health workers to vaccinate children against other diseases when there is not pandemic.

Excerpt from GatesNotes, the Blog of Bill Gates:

The GERM team would be made up of people from all over the world who have a wide range of expertise: epidemiology, genetics, data systems, diplomacy, rapid response, logistics, computer modeling, communications, and more. When they aren't actively working in the field, most of them would call individual countries' public health agencies home base, though some would sit in the WHO's regional offices and at its headquarters in Geneva. (I talked about GERM at length in my TED talk last month.)

It's important that GERM have a diverse workforce. The team is going to serve the entire world—it only makes sense that its members reflect the experiences and backgrounds of the people they're going to work with. Ideally, GERM would have a high number of local experts from countries at a higher risk of outbreak, and outsiders would only show up when necessary and when the in-country team requests help.