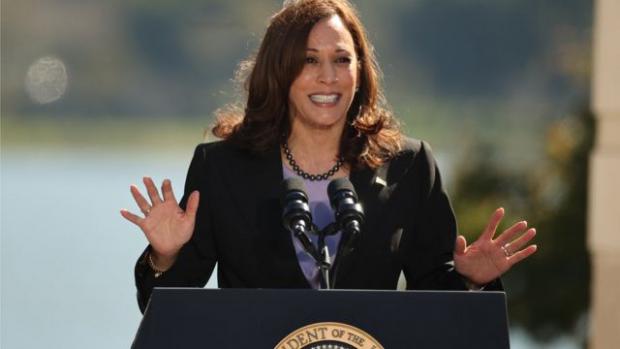 Rumors of Harris as a possible Supreme Court nominee resurfaced as several reports broke the news that Justice Stephen Breyer plans to retire this year, ensuring that Biden will be the president to choose his successor.

Anonymous sources from the Biden administration dismissed the rumors in private comments to Punchbowl News.

Psaki was reluctant to discuss any detail of a future Supreme Court nominee, telling reporters she would have nothing to say about the process until Breyer's announcement was official.

Breyer was reportedly upset with the leak of the news, according to sources, as he planned to make an official announcement himself.

President Biden also appeared unwilling to discuss the news during a White House event with CEOs on Wednesday afternoon.

"There has been no announcement from Justice Breyer — let him make whatever statement he wants to make, and I'm happy to talk about it later," he told reporters.

Breyer has still not made an official announcement.