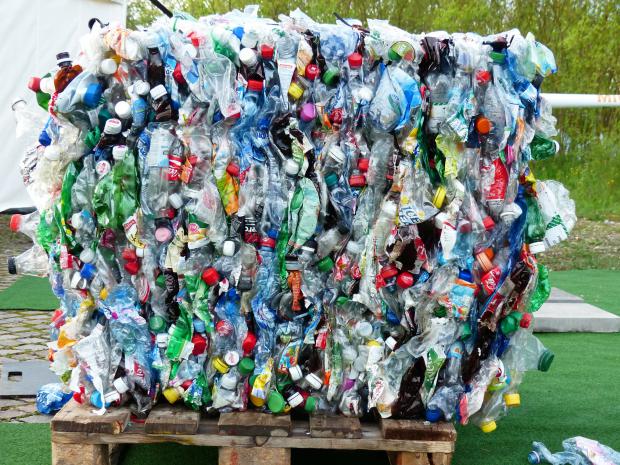 A small patch of the substance can be used to hold around 300 lb (136 kg) in the air, with the researchers claiming it is one of the toughest materials known to science.

By carefully tinkering with the chemical structure of a common household plastic, scientists have managed to upcycle it into a reusable adhesive with unique and hugely promising properties. A small patch of the substance can be used to hold around 300 lb (136 kg) in the air, with the researchers claiming it is one of the toughest materials known to science.

The strong new adhesive is the handiwork of scientists at the US Department of Energy's Oak Ridge National Laboratory (ORNL), who used polystyrene-b-poly(ethylene-co-butylene)-b-polystyrene, or SEBS, as their starting point. This rubbery polymer can be found in toothbrushes, handlebar grips and diapers, and the researchers were able to equip it with powerful new capabilities by making tweaks to its chemical structure.

This was achieved through a process known as dynamic crosslinking, which enables the bridging of typically incompatible materials. The scientists used the technique to couple silica nanoparticles and the polymer with the help of compounds called boronic esters, resulting in a novel crosslinked composite material they've called SiNP. The boronic esters are key to the reusability of the adhesive, as they enable the crosslinked bonds to be formed and broken repeatedly.

"A fundamental discovery was that the boronic esters on SEBS can rearrange bonds with hydroxyl groups – oxygen and hydrogen – on SiNP to adapt properties for demanding jobs," said lead author Md Anisur Rahman. "We also found the formation of similar reversible boronic ester bonds with a variety of surfaces that have the hydroxyl groups."