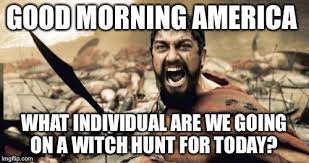 Lemme tell you a stupid story.

The names have been changed to protect the stupid.

A friend of mine has a wife who, in the course of her work, comes into contact with many foreign nationals. One of them has a wife he must leave alone while he attends out-of-town functions in the course of his work. All of them reside in a small, low crime-rate western city. recently the scene of a couple of series of shockingly brutal attacks.

Expressing concern for his wife's safety, the foreigner (who comes from a violent part of the world himself) asks his co-worker where he can get a gun to leave with his wife when he's away, and what kind of gun is best. He knows his co-worker and her husband are competitive shooters and outspoken on Second Amendment issues. She suggests a .357 magnum which can be loaded with .38 Specials to begin with, and tells him she'll talk with her husband about sources.

The foreigner also fears that his boss—himself an immigrant and new-fledged citizen but a rabid Clinton fan and hysterical anti-gunner—might find out; he makes his co-worker promise to keep his request discreet. Being a responsible person, she also extracts a promise, that her friend will send his wife to her for living room and firing range instruction.

Single women share their instant turn-offs in a man - and there's one physical feature that...