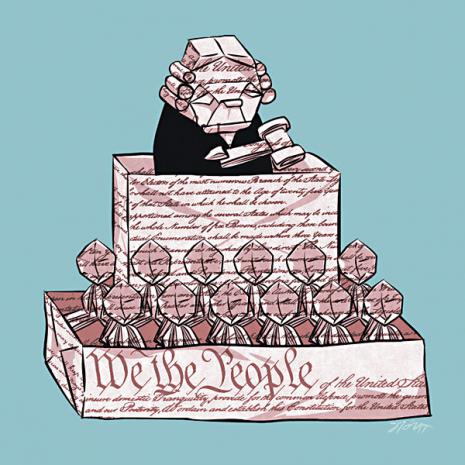 Speaking on his InfoWars show Monday, Jones confirmed he had just finished a virtual interview with the committee about the attack on the nation's capitol building following a rally by President Donald Trump outside the White House.

The right-wing broadcaster had been subpoenaed by the committee to provide testimony and records about the event after he spoke at a rally in Washington DC the day before, and had also been in contact with organizers of the rallies on January 6.

Jones however is not accused of entering the building at any time and has not been cited for any criminal activity.

In the show, broadcast online, he also denied any knowledge of plans for violence on the day of the riots.

Jones said that he 'wanted' to provide answers to the committee's 'overall pretty reasonable' questions of the events surrounding the Capitol incident, but held back over fears political enemies on the panel could accuse him of perjury.

'My lawyer told me, almost 100 times today.. : "On advice of counsel, I am asserting my Fifth Amendment right to remain silent." And the media tells you that's because you're guilty, or because you're going to incriminate yourself.'