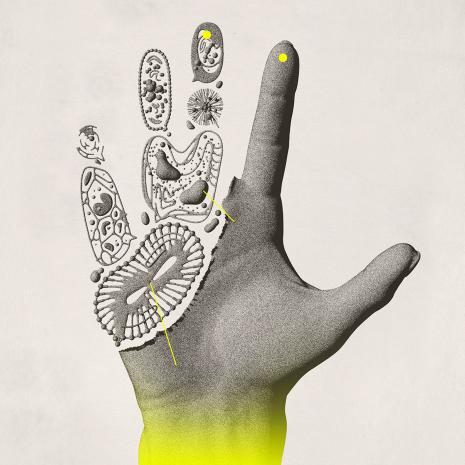 Scientists have regrown missing frog legs using a five-drug cocktail – and they aim to test their technique on mammals next.

On adult frogs, which are naturally unable to regenerate limbs, the team triggered leg regrowth using the drugs, applied in a silicone wearable attached to wounds.

Over the course of 18 months, the frogs had 'almost fully functional' limbs restored, including boneless toes, which they used to help them swim.

The US academics hope their method could bring the field a step closer to the goal of limb regeneration for humans.

Currently, regaining function through natural regeneration is out of reach for millions of patients who have lost limbs, either due to trauma, diabetes or other reasons.

'It's exciting to see that the drugs we selected were helping to create an almost complete limb,' said study author Nirosha Murugan, research affiliate at the Allen Discovery Center at Tufts University.

'The fact that it required only a brief exposure to the drugs to set in motion a months-long regeneration process suggests that frogs and perhaps other animals may have dormant regenerative capabilities that can be triggered into action.'

The team performed their 'regenerative process' on African clawed frogs (Xenopus laevis) that were missing limbs.

Frog wounds were enclosed in a silicone cap, called a BioDome, containing a silk protein gel loaded with the five-drug cocktail.

The Surprisingly Sophisticated Mind Of An Insect

Pfizer Appears to Have Committed Fraud

Visualizing The Science Behind Cultured Meat