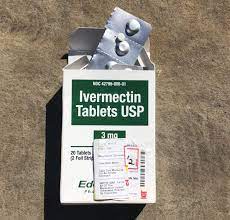 And when it's not too late, some have seen tremendous success by sneaking medications prohibited by hospitals to patients, says Eduardo Balbona, an independent internist in Jacksonville.

He's helped dozens of seriously ill patients recover using ivermectin and other drugs and supplements not officially approved in the treatment of COVID-19, he says.

Hospitals receive payments from the federal government for treating patients with COVID-19. But those payments are tied to their use of approved treatments only, as outlined in the CARES Act. When there's nothing left to try under those protocols, families naturally research alternatives,  Balbona says, often learning about treatments touted by independent physicians around the country.

Hoping to try anything that might work, families around the country have filed lawsuits asking judges to intervene.

Media Lies About Buffalo, Says Man Was Republican But He Was Authoritarian Left, Civil...