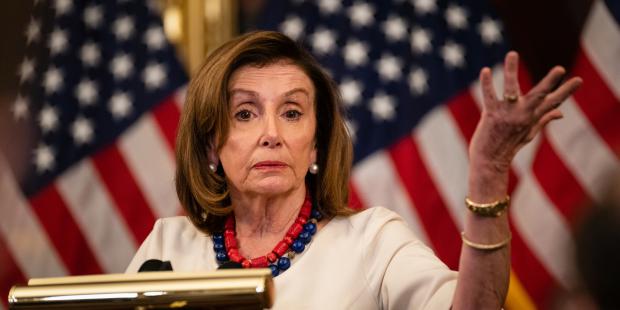 Pelosi, who was first elected to the House in a 1987 special election, said the U.S. democracy is "at risk," which makes the upcoming election "crucial."

"While we've made progress, much more needs to be done to improve people's lives. Our democracy is at risk because of assaults on the truth, the assault on the U.S. Capitol and the state-by-state assault on voting rights. This election is crucial. Nothing less is at stake than our democracy," Pelosi said in an announcement video posted to Twitter

"But, as we say, we don't agonize; we organize. And that is why I am running for reelection to Congress and respectfully seek your support. I would be greatly honored by it and grateful for it," she added.

Pelosi's announcement that she will run for reelection comes despite her previous pledge in 2018 that this term would be her last as Speaker after leading House Democrats for the last 19 years.

With Democrats facing an uphill battle to keep their House majority after this year's midterm elections, speculation has grown that House Democrats will replace their old guard of leadership. Pelosi, House Majority Leader Steny Hoyer (D-Md.) and House Majority Whip James Clyburn (D-S.C.) are all in their 80s.

Rep. Hakeem Jeffries (N.Y.), the House Democratic Caucus chairman, is viewed internally as the favorite to succeed Pelosi as the leader of House Democrats.

"If we're in the minority," one lawmaker told The Hill recently, "I can't imagine her wanting to do it."

Republicans need to flip only five seats to win the House majority in November's midterm elections.

Chair of First UFO Hearing Since 1960s: 'Someone Has to Do It'

Congress Plans to Do Its Job Next Week!