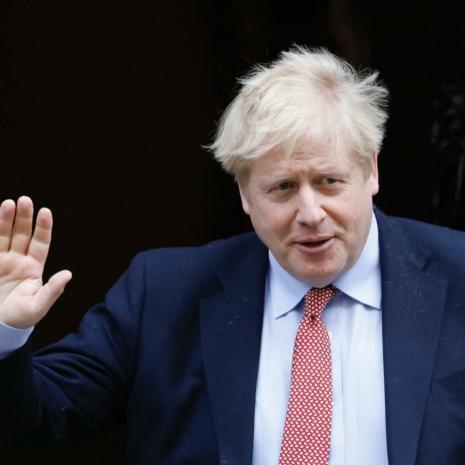 It's alleged that the prime minister's wife, Carrie Johnson, helped organise a surprise get-together for him on the afternoon of 19 June just after 2pm.

Up to 30 people are said to have attended the event in the Cabinet Room after Boris Johnson returned from an official visit to a school in Hertfordshire.

ITV News understands that the interior designer, Lulu Lytle - who was not a member of No 10 staff - also attended the gathering. At the time Ms Lytle was renovating Boris Johnson's flat in Downing Street, which has been the subject of a separate controversy.

ITV News also understands that on the evening of 19 June 2020, family friends were hosted upstairs in the prime minister's residence in an apparent further breach of the rules.

Number 10 have denied this, claiming the prime minister only hosted a small number of family members outside.

At the afternoon event, Carrie Johnson and Lulu Lytle are believed to have presented the prime minister with a cake whilst his wife led staff in a chorus of happy birthday.

Those assembled are understood to have eaten picnic food from M&S, with the gathering lasting for around 20-30 minutes. Downing St say the prime minister only attended for less than 10 minutes.

In June 2020 social gatherings indoors were still forbidden under lockdown laws. At the time there was also intense concern about the potential for singing to spread Covid-19, with choirs unable to meet to rehearse.

ITV News understands those present at the afternoon party included the prime minister's principal private secretary, Martin Reynolds, who had previously invited over 100 staff to a drinks party on 20 May 2020.

Jack Doyle, currently No10's director of communications, and the head of operations, Shelley Williams-Walker, are also said to have been there. They were joined by other members of the Prime Minister's Private Office, No10 special advisers and No10 operations and events staff.