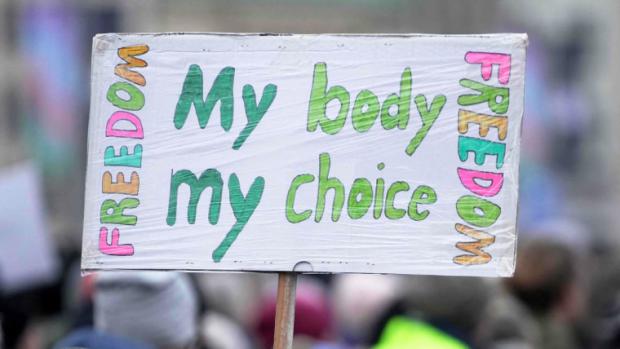 At least 20,000 people are expected to attend Sunday's "Defeat the Mandates: American Homecoming" rally on the North Mall in Washington DC on Sunday - and organizers have already put bad actors on notice.

"We condemn all organizations and individuals who would use the March as an opportunity to further their own agendas of extremism, intolerance, and violence," reads a Friday statement, which notes that disinformation has already been spread about the event.

For example, on January 11, owners of the Instagram account "Intheweeds_dmv" published a slanderous post that claimed participants intended to "enter hospitality venues to challenge DC's vaccine mandate." WAMU, the local NPR affiliate in Washington, then reported it, despite the account's lack of any substantiation.

A false narrative was then created, leading listeners and readers to believe that the March to Defeat the Mandates was created in response to Mayor Bowser's Washington DC Mandate when in reality, organizers for the March applied for permits in November before the mayor's Mandate was ever made public.  In fact, one could argue that the mayor's mandate was in response to our announcement of the March to Defeat the Mandates.

The organizers have also contracted "comprehensive private security" which is "working in concert with local and federal law enforcement" in an effort to keep the event peaceful.

Join us in DC on Sunday January 23
As we stand shoulder to shoulder with our brothers and sisters around the world saying "No To Mandates" in peace and unity.https://t.co/xwnVfJ866yhttps://t.co/OX6ZNH9uHg#wewillALLbethere https://t.co/EluUqpaZrs pic.twitter.com/yq1QhMB0LL