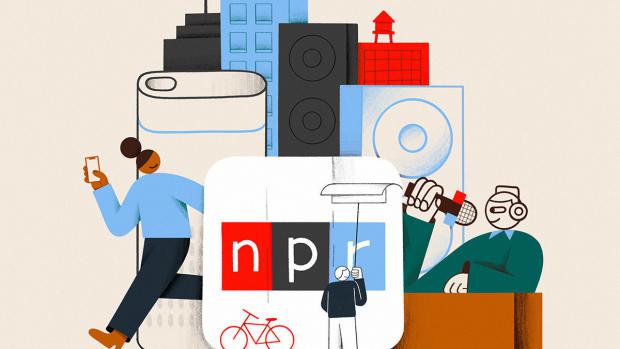 Totenberg said that because Justice Neil Gorsuch refused the request—Gorsuch has not worn a mask on the bench recently—Sotomayor began attending oral arguments from her chambers.

In rare public statements a day later, all three justices responded to the report.

Sotomayor and Gorsuch said Sotomayor did not ask Gorsuch to wear a mask, adding that "while we may sometimes disagree about the law, we are warm colleagues and friends."

Even worse for NPR, which is partially funded by taxpayer money, Roberts said separately that "I did not request Justice Gorsuch or any other Justice to wear a mask on the bench."

Despite the direct challenges to the story, though, NPR has not issued a correction.

"The chief justice issued a statement saying he 'did not request Justice Gorsuch or any other justice to wear a mask on the bench'. The NPR report said the chief justice's ask to the justices had come 'in some form.' NPR stands by its reporting," Totenberg wrote in a follow-up story.

Ask and requests are synonyms that mean essentially the same thing.

The only change to the initial piece was hyperlinking to the new one.

An NPR spokesman told The Epoch Times via email that the outlet "continues to stand by Nina Totenberg's reporting."

Jeffrey McCall, a communications professor at DePauw University, said that the decision not to correct the story means NPR is calling the justices liars, "which, frankly, comes off as unseemly."

MonkeyPox Set to Become the New Pandemic as Biden Plans to Hand US Sovereignty...

Doctors Are Stumped by a Rare Monkeypox Outbreak

Emergency WHO meeting over Monkeypox spread: 'We should take it seriously'

How the fall of human civilization was pulled off?