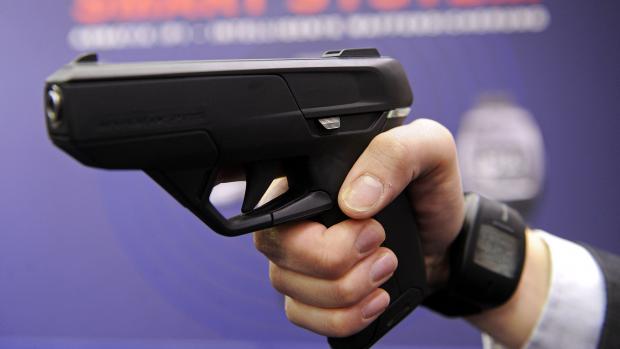 Biometric recognition technology using fingerprints and or RFID technology is used to activate the high-tech pistols.

However, as outlined by the pro-gun website Bearing Arms, smart guns aren't so smart after a possible demonstration failure.

Smart guns could be prone to reliability issues in life in death situations.

Over the last week or so, so-called smart guns have been everywhere in the mainstream media. In the Second Amendment community, there's been a ton of talk about them as well. Especially since we all know it's just a matter of time before lawmakers try to mandate smart guns as the only guns.

However, there are problems with these kinds of firearms. We all know it. I've talked about a few of them.

One of the big ones is reliability. The more whizzbangs you put in a device, the higher the likelihood of failure becomes.

Firearms are a technology that has more than a century of development. While there are tweaks here and there, the core of a semi-automatic firearm hasn't changed all that much. As a result, it's reliable.

Smart guns don't have that. What makes them "smart" is a technology that exists elsewhere, but also has problems just about everywhere.

And, as John Boch over at The Truth About Guns notes, it seems they can't even handle the "gun" part that well, either.

The 10 Largest Nuclear Explosions Ever, Visualized

Inside the Army's NEW 6.8mm Next Gen Squad Weapon