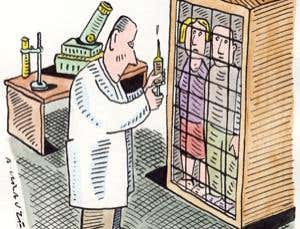 Based on the extensive claims and enclosed documentation, we charge those responsible for numerous violations of the Nuremberg Code, crimes against humanity, war crimes and crimes of aggression in the United Kingdom, but not limited to individuals in these countries.

Victim(s): THE PEOPLES OF THE UNITED KINGDOM

Dr Mike Yeadon – Qualified life science researcher with a degree in biochemistry in toxicology, and a research-based PhD in respiratory pharmacology, former Vice President and Chief Scientist of allergy and respiratory research at Pfizer